The PreOptics receives the re-imaged telescope light from the Focal Plane Relay System (FPRS) or receives light from the calibration sub-system. The primary function of the PreOptics is to reformat the field for the selected spatial scales and to deliver the field at the input of the integral field unit (IFU). The PreOptics supports four spaxel scales and also provide an image of the instrument and telescope pupil. This involves many functions, primarily relaying the light from the telescope focal plane to the IFU focal plane via a set of interchangeable scale changing optics. The PreOptics also provides components including a focal plane mask wheel, a cold pupil mask, spectral order sorting filters, a fast shutter, and a pupil imaging capability to check the alignment of the telescope and instrument pupil alignment.

The current design of the PreOptics assumes the E-ELT optical design, with a plate scale of 3.316 mm/arcseconds.

The PreOptics is one of three optical sub-systems of the IFS. The IFS Cryostat (IC) will provide an operating temperature of 130±2 K for all the IFS sub-systems. The cooling will be provided by the thermal interfaces between the cryostat cold structure and the PreOptics optical bench.

The primary function of the PreOptics is to provide a scale changer to allow the observer to select the most appropriate spaxel scale for his/her observation. The design for each scale can be split into three stages namely:

To allow the IPO to fit within the very tight volume envelope, a single optical bench has been designed and the opto-mechanical and electro-mechanical modules will be mounted on both sides of the optical bench. 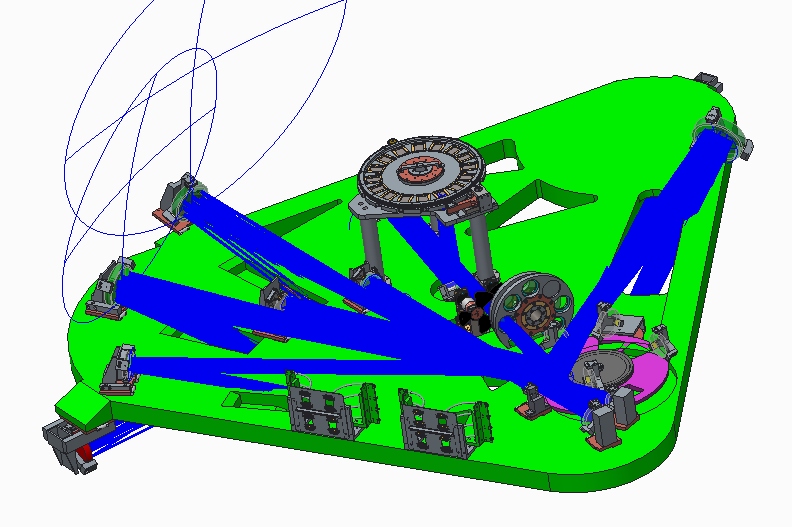 Fig 1: Side view of the HARMONI pre-optics system 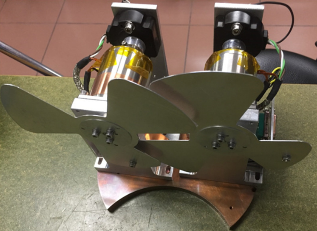 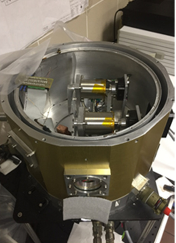 Fig 2: Fast shutter prototype designed, manufactured, assembled and tested at the IAC labs. Verification has been performed in ambient and cryogenic conditions. Left: Front view; Right: The shutter mounted inside the cryostat in preparation for the cryogenic verification of the prototype performances.